If you are a fisherman you will get this.

If you are not, you may not.

Then links him with someone of patience who wishes to share, to impart…

Some magic can happen.

Such was my day with Satts (Chris Satterthwaite) and novitiate, Ed Pickard, Satts’ running chum, who has never fished before, therefore. Which is why Chris organised Orvis guide/instructor, Brian Robinson (surely one of the best guides in Hampshire) to assist Ed’s entry to our lovely world.

Coffee and early day exchanges done, it was to the riverbank, for some explanation from Brian, of the history of the English chalk stream, and on this bridge

from where we all wondered at the streaming weed, the clear water and the odd fish, holding quite deep. A Mayfly excited, but there were not many, which led to a discourse on what worries so many – the state of our chalk streams and the impacts of man’s actions on them. (The S&TC UK deserve all our support for raising the profile of this problem)

Kitted up, Chris and I walked the beat, leaving Brian to get Ed casting, and before long, Brian declared that Ed was “getting it”. So many listen to his casting technique suggestions, he said, and then put them into practice, but then just as quickly, forget to. But Ed, an eager listener (and hearer!) quickly understood the 10pm to 1pm orthodox, and whilst once or twice the rod dropped to below the horizontal on the back cast (and whose doesn’t some times) and Brian already knew that Ed, who was already throwing the line sufficiently well to go to the river bank, was ready for lesson two…fish spotting!”

And there were quite a few, on view.

There was little fly life though, just a May or two and a few small olives, and the fish were lying well down in the water, so, in due course, Brian opted for a weighted nymph for Ed’s first cast to the flow.

Many forget that for a beginner, hooking is one thing, but playing, netting and landing, is yet another skill which has to be learnt. But how do you learn to do this before you have learned to hook something. Well Brian’s answer to this was cunning. Both went into serious spotting mode and it was Brian who cast to a targeted fish, and with his considerable experience, he secured an induced take quite quickly, whereupon he handed the rod to Ed, and calmly talked him through the process of getting the fish to net and bank, which he did!

So now it was Ed’s turn, solo! And under Brian’s tutelage, and either side of a delicious picnic, he landed four fish on his own.

I hope he will by now be kitted up and ready for another day on the water, for I have rarely seen someone casting as well as he, and so quickly, and his joy from a successful first ever fly fishing experience was palpable., and we were all pleased for him. 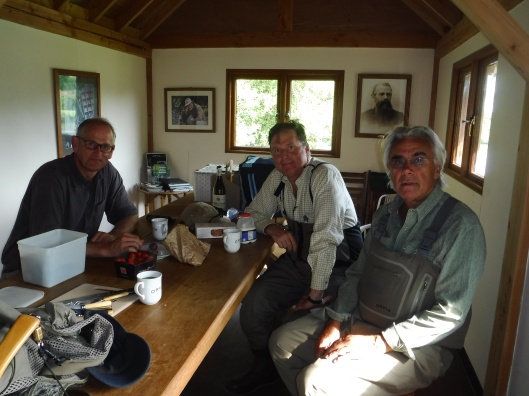 Where next for him? Frensham Flyfishers…and the Wey, will be my bet, for round two! Wonder whether Brian is available!

Happily, Satts and I caught ten fish, or so, an assortment of browns and grayling, and at least two of the browns were wild fish. (But this day was not about us!)

The Ginger Beer Beat is picturesque and is kept (keepered) beautifully as I hope these pictures show: 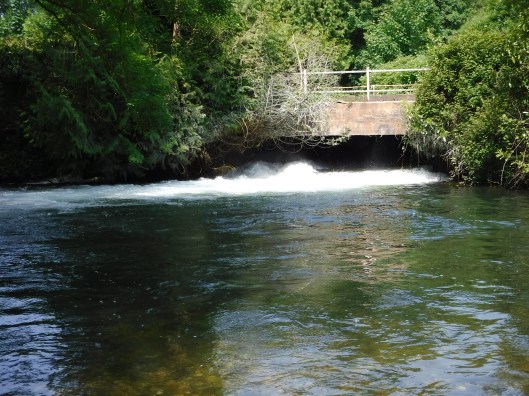 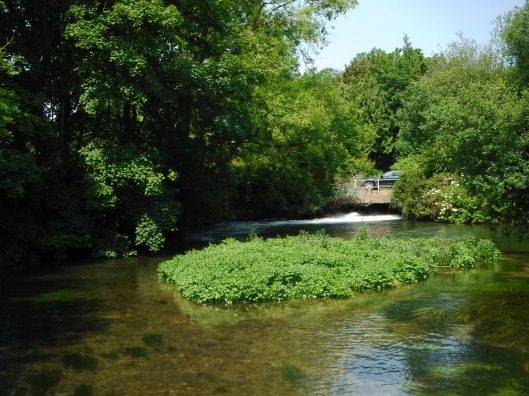 Post script: I regret, I am not a fan of the River Test, because it seems to me just daft to have interfered with its natural stock of brown trout by introducing overgrown, aggressive feeding, non breeding rainbows on many, if not all the beats downstream of the A303, in an astonishing trashing of such noble heritage, simply for commercial gain. If those of these beats’/businesses’ clients, for whom catching is so important, still need to, I commend them to the many ‘put and take’ ponds, where they can fish and catch to their heart’s content. For they are not anglers.

Will the owners of these famous beats relent? For it is they who are responsible for this ‘trashing’. Now there’s a challenge…!

So why was I there, then? A hypocrite? No! I was there at the invitation of Chris Satts, who I like enormously and with whom I have fished before and hope to again, and, because of the reputation of a beat, lovingly cherished by Orvis – even if it is slightly overfished.