Mareka’s dinner of Norfolk hake was delicious(lightly steamed over a bed of sliced red peppers and onions) as was David’s generous offering of an aged Cote Rotie, and a good night’s sleep in anticipation of a rare sunny day’s fishing was set. The drive from their home took us through territory which was new to me, through the Staffordshire towns of Stone and Blythe Bridge, and into the Peak District, surely one of Britain’s treasured spaces, and especially on such a beautiful day as on ours.

And onwards to the village of Hartington, home to the Charles Cotton Hotel

which is where we were to meet our host for the day, Andrew Heath.

This was a day when I was able to repay David’s invitations to me to fish his syndicate waters, and the Manifold was a river new to us both, and what a glorious little stream it turned out to be, 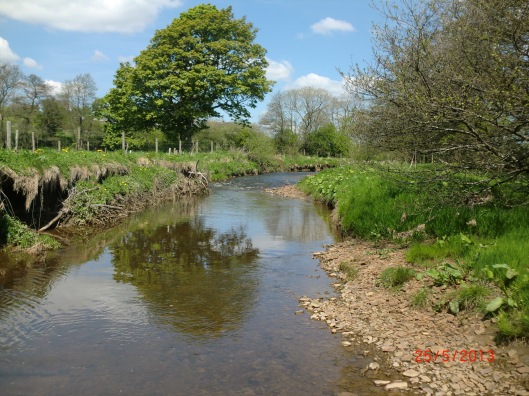 running clear after recent rains at its 800ft elevation, where weed life is scarce, and protective rocks and boulders rare, in an environment where winter rains and their spates produce waters where food is limited, and those fish which survive grow slowly in cold water.

Even now, weed was absent, fly life was feeble, and as hungry as they may have been, such feeding was deep down, probably on caddis larva, so as much I wanted to ‘go dry’ the chances of a catch were unlikely. But hungry wild trout rarely turn down a tasty morsel, and before lunch two came to an elk hair caddis.

And the two which came to me after our tasty lunch did so, to trailing weighted caddis nymphs. 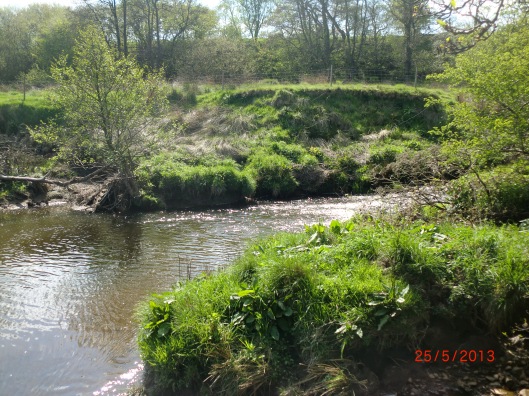 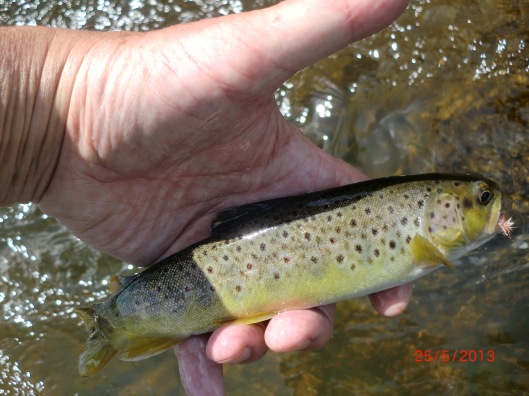 DT persevered for another four fish, and all his from difficult sub arboreal lies which would challenge the most gifted caster, were on fluffy dries! A Champion!!

We all know just how late this Spring has been and Andrew would have wished that we had seen his beat behaving and fishing more easily than it did. But on this beautiful day, which brought out striding ski-poled ramblers and dog walkers, and hang gliders aerial surfing the peaks nearby, it was the joy of being there which made the day.

This beat, which is leased to the Derby County Angling Club is on the Peak Passport scheme, and should be visited.